Start typing and press
Enter to search
Skip to content

Okay so I started the “natural hair journey” last year and I am coming up on my 1 year post relaxer anniversary and I have to say that the transition has been seemingly easy considering all I did was style my hair in ways that would allow me to easily cover all the new growth that I had. I had a few go to styles that worked just fine and when push came to shove, slicked back in a pony tail worked just fine.

So let’s talk about the “big chop”… this is when the future Naturalista makes the decision to chop off all her old hair and start over.. to start fresh… to debut with a new crown of hair!

Not all women choose to do the big chop in such a dramatic way that they cut all their hair off, some transition slowly, like I did.  Chopping off all my hair simply was out of the question, and I have watched enough Youtube tutorials to know that I don’t have to..so there.  Baby steps sis…baby steps.

So in this slow transition there came a point where although my roots were growing, my hair was getting longer and thicker, but there was still those old bothersome straight permed ends that I had, that really began to just annoy me. I mean at first they were okay, I was able to make due with them just fine, but as time progressed I would look at them after washing my hair and see the difference. I could see that in comparison to the new growth,  they were just dull, flat, and didn’t really fit with the texture of my new hair that was coming in so abundantly.

So one day after washing my hair, I stood there in the mirror looking at my hair after I had conditioned and detangled it …looking at myself like “girl just let it go!”

So I did, I grabbed the scissors and I cut all the straight permed edges right off my head!

I cut each strand that I saw that didn’t fit with the new texture that was growing in and before I knew it I was standing there at the sink with a pile of hair.  What the hell did I just do?

I relieved myself that’s what! I can honestly say that there was something that felt different I’m not sure what that was but it was different.

So with that being said,  and now that I have your attention, this blog isn’t about the natural hair journey…Sorry Sis…this isn’t about natural hair, however the metaphor here is good..hear me out.

Not only was last  year the mark of me starting my hair transition, this was the year that I began to phase out other aspects in my life and I can honestly say that by mid year and coming into the new year, I had done a “big chop” of my life.

I made the conscious decision to begin to wean things and people out of my life that were unnecessary to my growth and to the potential of this new and amazing woman I wanted to become. I changed my way of thinking and cut out a lot of the excess. This included men, friendships, and a few other things that I will explain another day, another time, another blog.

But even specific people that I wasn’t really ready to let go, I had no choice.  Due to their actions, behavior and blatant disrespect of their connection to me they obviously wanted to walk out ( or be put out for all I cared) of my life and I had no choice but to finally let them leave.  I just didn’t have the energy to try and force what wasn’t working, just like I couldn’t make those straight ends work with the new hair that was growing in.  It was time to just cut them off.

I had to decide that its time to stop wasting time in my precious life and start living for and working towards the things that I desired.  Shortly after first losing a relationship that was dear to me I became focused on everything EXCEPT another relationship. I began trying to do things for myself and become one with who I am. Three months after that I was able to close on my very first home.  Yes, I did it. I bought my own home which when I tell you had been a long and emotional process,  Lord I don’t want to go through that again for a very long time, but I AM grateful for the experience.

So after signing my papers the moving process began and of course anyone that has moved ANYWHERE just knows that this can be a tiring and stressful process as well, but it is necessary because when its time to go, its time to go.  So with this new accomplishment and milestone in my life I was extremely focused and really just didn’t feel the need to take anything of excessive nature with me to this new environment. So I again, ” big chopped” other pieces of my life that were included in the existence of who I formerly was.  Don’t get me wrong I’m still the same me. Still the “blog queen” that many have come to know and love, but I’m different. I changed my life around in certain ways and shifted my mentality to see that excess is not always a good thing.

I cut off the people that never saw my worth, I cut off the baggage that was getting too heavy to carry, and I cut off the idea that being alone or being in my “own zone” was a bad place to be, because it was in this zone that I began to see how I can be tested with my weaknesses but come through with my strengths.

It was in this zone that slowly but surely I saw my life was changing, and though the transition wasn’t easy, it was detrimental to my future self.

So yes, some may say I” click bait” them with the title of this blog (LOL) but I am hoping that at the end of reading this you will understand my message.

If you are thinking of going natural,  just beginning, or only a year in like me but struggled with actually leaping into the big chop, I say to you Sis, don’t be afraid. It’s just hair, and though it may be uncomfortable or not so pretty in the beginning, you cutting off those”permed ends” ,  yes… will be hard, but what you will see grow back and take place will be so beautiful.  It will be fruitful, fabulous, and full of life! 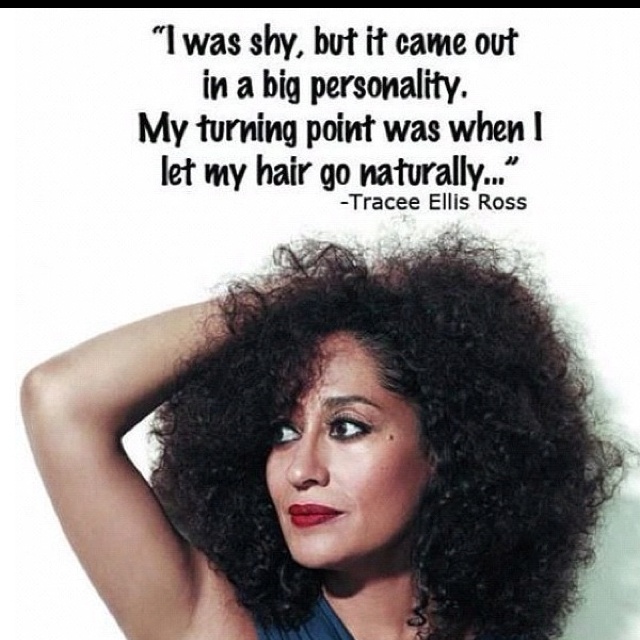 What you will be restored with will be so liberating you will wonder why it took you so long to do the ” big chop” in the first place.

*I do not own any of the rights to the images in this post.