Start typing and press
Enter to search
Skip to content

The guy said, ” I don’t have exes, I have EX-amples of what not to do anymore.”

Though he was a little bit more explicit in his verbiage, his thought resonated with me.

Even though you may have an Ex that you are on good terms with or the two of you separated without drama…there is a reason why they are in fact your ex.  I would like to think that we each take something from our past relationships.

Each of them should have taught you something.  Either it revealed something to you about yourself, or it showed you something about your significant other or basically about men ( or women) in general.

After you end a relationship, or a relationship was ended with you, did you take the time to actually reflect on it?   When I say reflect, I mean did you actually sit to yourself, reflect and think about why it ended?  Was it his fault? Yours? What happened?

I feel like in each relationship if it’s in the Universe’s “plan” to end, then that’s the inevitable, however, I do think that there are certain lessons that can be learned.

For example, if you were hurt by the other person,  not to say that it was your fault, but was there anything that looking back, you allowed?  By this I mean if he cheated, had he done that before? Did you take him back?  Or even if he didn’t cheat, was he controlling and you just could not take it anymore?  Were there double standards in your relationship?  Did things apply to you, that he didn’t acknowledge for himself?  Did he show lack of respect in certain aspects of your relationship? These are only a few examples, I realize that there is a very wide span of reasons as to why a relationship ultimately ends.  What about communication?  Was there a huge lack of EFFECTIVE communication?  On who’s part?  Do you honestly know how to communicate with a mate? Did they know how to communicate with you?  Were you involved with someone that always saw things one sided?  If so, what did that teach you going forward? Or maybe someone said that you didn’t listen.  This is something to be honest with yourself about and take into consideration.  Do you always think you know everything? Be honest…

Sometimes the example we need to learn from, isn’t from the other person, but from ourselves.  Maybe we were the reason why things didn’t turn out the way we thought they would and we have to recognize something within our own self that we need to work on.

Red flags… sometimes we acknowledge them and sometimes we don’t…because we don’t want to.  We get into these relationships and sometimes we just want them to work so bad that we just completely ignore all the red flags that may have saved us the time that we invest into these relationships that of course invest our feelings.
These are the signs that are blatantly loud, yet we try to work around them because we really like this person or even more so, are in love with them.
From my own personal experience, which I am sure many can relate to, I was dating a man that didn’t want a settled down relationship and he didn’t want kids.  How do I know this,well, I asked him.
Yes, I asked this man at a point into the “friendship” if he wanted anymore kids or if he wanted to get married again, because these are the things that I know I wanted in my future.  He gave me the most honest answer he could give, yet I made the choice to continue to see him and invest my feelings.  Sure I did the right thing by asking early in, but what I did with the information he gave me was not acted upon.  That literally was the first warning sign somewhat early into the relationship.  The second warning sign was his response to a question I asked.  I asked this man if he trusted me and his response was that he doesn’t “fully trust anyone, anyway”  oh but he did sprinkle a little sugar on top and tell me that he thought I was a trustworthy person…..what a way to save the pitch right?!!
By this man telling me this, looking back NOW I feel like right then and there that should have let me know that maybe this person has trust issues.  It’s going to be hard to have a successful relationship with someone who is already full of doubt before you even begin.
Yet, I still tried to overlook this.  I tried to do everything in my power to make this person trust me and it  just ended up causing me a lot of pain later on down the line.
So the point I am trying to make is that I feel like as women sometimes we are the ones that see things clearly, yet we let our emotions make the final judgment call.  We still choose to embark on this journey with this person full of hope and wishful thinking that it turns out the way we want it to.  Don’t get me wrong, I’m sure there are some success stories, maybe you end up marrying an ex and live happily ever after.  What’s in God’s will nothing can stop, but what I still think is that each relationship should be an example of how to proceed, should it be the case.. to the next one.
Maybe you need to slow down a little next time.  Or maybe you need to ask questions in the beginning that may be a little uncomfortable.  The fact is, as women, we know what we desire going into a situation and I feel like we should be completely honest with not only them, but ourselves about what we want.  It could save us a lot of heartache in the end if we are wise.  Using your last relationship as an EXample could allow you to grow, and be more “conscious” in  your next experience.
Even though it may have hurt you, or made you angry, or made you  feel like it was a complete waste of time, it was still an experience on your journey that we call life.  It, for however long was a part of your purpose and it was designed to help you in some way.  And if it hurt you it was designed to pull out your strength going forward if you allow it to.  Take it as an experience that will shape you better for the love of your life.
For the person you were designed and destined to be with.
Guard your heart…Proverbs 4:23 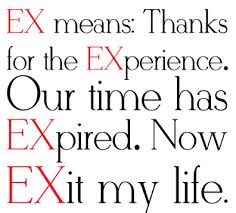 Want to be Featured for Free?

Does your story, business, product or service deserve to be featured?

Enter our monthly contest by telling us why you deserve to be featured and we will select one lucky lady each month for her Diamond in the Rough” free feature!

Submit your entry through the contact us link and tell us why today!